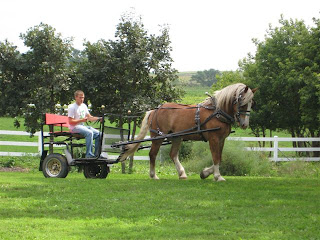 Daniel is 18 years old tomorrow! Looking back on all his baby pictures, reminds me of how much I have enjoyed being a mom. Ever since I was a little girl, that was my dream, to be a wife and a mother. I did not want a career that was outside the home. When Russ and I met, I was thrilled to learn he loved kids and wanted a big family. We had two girls, and then two boys, and I felt like the luckiest person in the world. When our second son was 18 days old we were in a horrible car accident, and he was killed, along with my sixteen year old cousin, and the other driver who was also only sixteen. I broke my neck, leg, and pelvis in four places. It was such a tragedy. Three young lives lost. I didn’t know if I could ever smile again. But as I laid flat in the hospital I knew I had a choice. Either this would ruin my life, or I would chose life. Chose to be happy again, and be thankful for all I still had…three beautiful children and a husband who loved me. It was very hard. I knew the Lord, and He never left me. I knew that God cried just as hard as I did the night of the accident. As time went on and my body healed, Russ and I decided to have another baby. On August 29,1989 when I held Daniel in my arms for the first time, my broken heart was healed. I cried tears of joy as I gazed into his bright blue eyes, nuzzling his chubby little cheeks. He was adored by his brother and sisters. This little baby brought new memories, new laughter and joy into our lives. He has been a blessing ever since. He has a very calming effect on those around him. He has a gift with horses and dogs. As our business has grown, I have needed his help. He never lets me down. He knows as much about the business as I do. He honors his mother and father. It has been a privilege to watch him mature from a sweet little boy into a gentle, kind and loving man. He will be an awesome husband and father some day. He has something money can’t buy. A good character. Daniel has decided to join the Marines when he graduates next June. I can’t imagine what it will be like without him on the farm, knowing he is so far away, but he has to follow his heart. I believe someday he will be back, training horses and dogs again. Until then he is in God’s hands, and I trust Him. Who could take better care of my son? I am really looking forward to this school year, and watching the kids develop their skills. I will post Daniels achievements in swimming this winter. He has a passion for the pool, and should have a fun year! I am drinking in the moments, and enjoying this life I am so blessed to have.