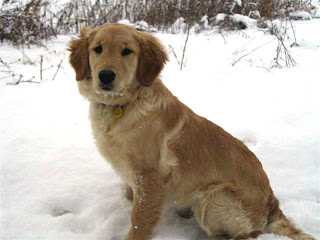 I have not posted anything on the blog for a while as I just needed to take a little break after the two litters we had, and losing Banner. I can’t tell you how much it has meant to me to receive so many kind emails regarding Banner’s passing. This is a photo of Zoey, our daughter and son in law’s puppy. She is from Banner’s last litter. It has helped so much to hear how his babies have blessed so many people! This is a response from one of our clients, and I thought it was so sweet, just wanted to share it.

We are so sorry to hear about your loss of Banner. Jack and I first read about it just after Christmas. As a memory to him we have changed ‘s middle name from Beyonce to Banner, so she is now known as Brooklyn Banner. She is doing well and is such a good and loving dog. She may come and visit you this Spring for some training after she is spayed.

The other thing that Jack did in memory of Banner was that during one of his traveling basketball games he played in memory of Banner. It was really cute, when the opposing team was bringing the ball down court and he was on defense he actually yelled out “Woof Woof.”

Again we are so sorry for your loss.

All the very best,